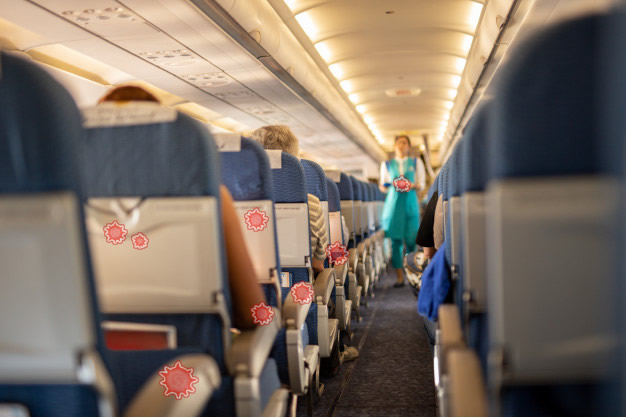 The WHO seems to stop saying things at the convenience of the world-wide crematist entities, and in every pandemic there is always a vector for the transmission of viruses, in this case commercial airplanes are the ones that are moving the infected of a country to another, Or is it that WHO is going to say that those infected came swimming from China to the US? .. we would not be surprised if they did, they have just declared themselves incompetent .. by saying that they are in an unexplored chasm when referring to the coronavirus .

According to an investigation so far ignored by the WHO of the Jornal Infection Hospital, it ensures that the coronavirus can be alive, latent and capable of infecting people at least up to nine days on inanimate surfaces such as metal, plastic or glass, which at These are almost all types of surfaces that we share by touching the newspaper; like glass or plastic glasses, metal or plastic handrails, glass windows in airplanes and plastic handpieces in airplanes, and a long, ethereal …

Previous studies reported that commercial surfaces did not disinfect surfaces and less the things that passengers touched, such as the revelations of flight personnel indicating why you should never order coffee on a flight.

It is more than proven that the planes that carry infected are not stopped after each flight for disinfection, so virtually anything you touch when entering and getting down can keep the virus in mind, this is not said by the WHO (self-declared incompetent), because according to them you have to be “calm”, since mortality is low … or at least that’s what they tell us ..

The only thing the airlines are doing is what the WHO asks:

The European Union Air Safety Agency (EASA) has issued recommendations for airport and airline personnel, including:

* Adopt WHO measures.
* Provide Universal Caution Kit for flights to and from affected countries. They are kits that are used to protect members and the crew that attend to a suspected case of the disease.
* Follow the security protocol if a suspicious case is detected.

And if they see someone with symptoms:

1. Alert the health authorities of the point of entry
2. Ask the passenger to fill out the PLC card
3. If the aircraft in which the possible case is detected has a separate cabin with rigid walls, it is recommended to request the PLC from all passengers sitting in the same section as the suspect cases and from those who have used the same bathroom of the alleged patient
4. Give a mask to the allegedly infected passenger and minimize the contact of the passenger with other passengers and crew members
5. Recommend to passengers who feel sick to report

But these are not worrisome, those that concern us are those that do not show symptoms or simply do not appear to the naked eye, those that are in incubation period that according to a renowned Chinese epidemiologist, who was in charge of the crisis of the SARS, is at least 29 days on average, others talk about more days, while the US CDC established, it is not known what data they support, a quarantine of 14 days.

How often and how are commercial airplanes cleaned?

Have you ever been told this by giving them the safety explanations before starting the flight? Right?

Well according to spokesmen of some airlines see what they do:

“A spokesman for Southwest Airlines said the crew” picks up “the cabins and kitchens between flights, their tasks are limited to picking up items from the seats, the compartment behind the seats and the floors. The hostesses walk through the cabin to inspect all visually and collect trash from each row, they also have a handheld vacuum. ”

It’s not very encouraging right? being that this airline handles around 5000 flights a day ..

Spirit Airlines, said they vacuum, pick up the trash and clean the bathroom, this airline handles more than 500 flights a day.

Another focus of infection within the infection is the attitude of some passengers, let’s see some photos taken from social networks. 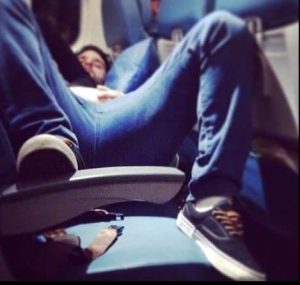 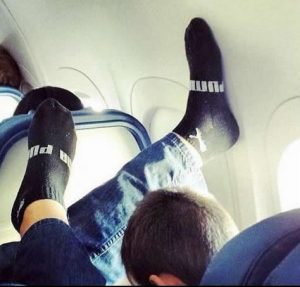 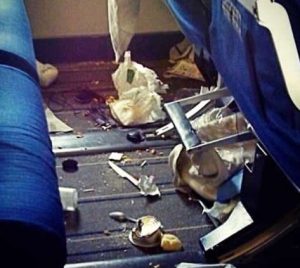 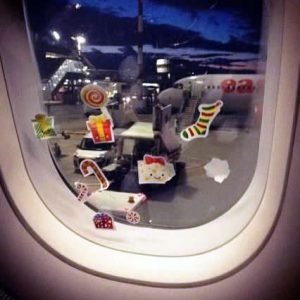 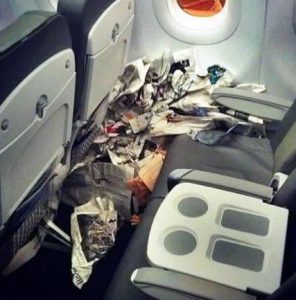 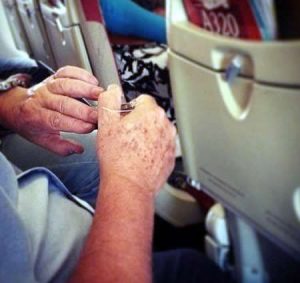 At the end of the day, the question is for everyone ..
Do you believe that airlines disinfect their airplanes enough that you are safe from the coronavirus?