For a year and a half, the humanity has been plunged into the deep darkness of the coronavirus. A virus now coming to light that was produced in the Wuhan’s laboratory had resulted in millions of deaths and ruined the lives of billions of people around the world.

But a fabricated virus, that is, a biological weapon, is a horrible crime against humanity, and obviously those who have committed this criminal work must be punished in an exemplary way.

Of all the prominent virologists on the planet, who have expressed the opinion that the virus was not created by human hands in the laboratory or have kept quiet, he was one of the few, the Nobel Prize Winner for medicine who isolated the virus of AIDS, the French professor Luc Montagnier, who had the courage and without fear to tell the truth, and without any interest. On the contrary, he also risked his own life, having enormous and powerful planetary forces against him. The other French professor, Jean Bernard Fourtillan, who also told the truth, was locked up in a psychiatric hospital. So what did Montagnier say over a year ago? “A manipulation is done around this virus … the bat coronavirus, someone has added sequences, especially from HIV, from the AIDS virus … It is not natural. It is the work of professionals, molecular biologists … A very precise meticulous work” .

And what did his virologist colleagues say then? French professor Jean Francois Delfraissy, head of the scientific council that advises the French government on the “pandemic”, said: “The hypothesis that the virus was produced in a Wuhan laboratory is a conspiracy theory that has nothing to do with it dealing with real science. Everyone in the scientific community agrees that it is a coronavirus”. French professor Olivier Schwartz, head of the virus and immunity department at the Pasteur Institute in France, said: “Studies on the genes of the virus clearly show that it was not a human-made virus in the laboratory.” Professor Luc Montagnier is spreading fantastic theories”.

So, you understand who was right, who was telling the truth that will come to light in all its dimensions anyway because “Nothing hidden under the sun” according to the ancient Greek proverb.

And today, what does the Nobel Prize Winner for medicine Luc Montagnier say about experimental “vaccines” that are not even licensed and have already caused thousands of deaths and millions of injuries around the world? In a recent interview he stated the following: “Vaccines cause mutations. Elsewhere he says: There is no chance of long-term survival for someone who has received one of the” vaccines “for COVID-19. There is no hope and no cure possible. We must be ready to cremate the corpses”.

These claims are undoubtedly shocking and certainly terrifying, given that according to official data, around 1 billion people in the world have already been vaccinated. In fact, if he is verified, there will be a murder of incredible magnitude that will make the two world wars look like a miniature.

Other leading professors, world famous teachers and thousands of doctors from all over the world in the same direction with the French Nobelist. In particular, the German-Thai professor of the German University of Mainz, Sucharit Bhakdi, addressing the world population, pleads him with the following words: “Do not believe … do not believe this lie. Do not believe in the name of God. “For God’s sake, find out before you allow yourself and your loved ones to be vaccinated. Because if you have been vaccinated once, those lymphocytes, if it happens again, will become even more active. So this explains why the second vaccine is always worse than the first because it’s the amplifier, right? And to God… Don’t do it a third or fourth time, because if you do it you will contribute to the decimation of the world population “.

In addition, Irish University Dublin professor Dolores Cahill and former vice chair of the Scientific Committee of the Innovative Medicines Initiative (IMI) said months ago: “A large percentage of those who received the m-RNA vaccine will die this February until a year later … animal studies have shown us that up to 50% will die. Especially up to 80% of people in the 45 to 80 age group will have serious health complications or die”.

Former Pfizer Vice President Dr. Mike Yeadon also stated the following: “It is too late to save anyone who has been vaccinated with any of the Covid-19 vaccines. Billions are sentenced to certain, immutable and distressing death. Anyone who has received the vaccine injection will surely die prematurely and 3 years is a generous estimate of how long they can expect to survive”.

So, reading all of these statements, it’s not possible to go get vaccinated if you obviously have basic brain function. The question, however, is: Does they have it? Unfortunately there are people who do not have it, because even if they learn these statements, they go to get vaccinated. And why is this happening? Why is it so scary to be brainwashed and systemic media propaganda in most countries that it has made them lose their minds under the coronavirus death terrorism regime and briefly reject any other scientific view and assessment. Here too I must emphasize that the difference of opinion and only in the scientific medical community is a sufficient reason not to take any of the COVID-19 “vaccines”, whose mortality, moreover, is very low, at 0.15%, and does not justify in no way universal mass vaccination. Of course, there are people who know nothing of all this – which is not justified today since one is obliged to do something concerning its biological existence- and therefore they are happy to be vaccinated.

In conclusion, I would like to wish the following: all these great scientists to be wrong about the so much dramatic and nightmarish effects of vaccination, that is, to overdo it, or to have an antidote in the future that detoxifies vaccinated people.

Isidoros Karderinis was born in Athens in 1967. He is a novelist, poet and columnist. He studied economics and completed postgraduate studies in tourism economics. His articles have been published in newspapers, magazines and websites around the world. His poems have been translated into English, French and Spanish and published in poetic anthologies, literary magazines and literary newspaper columns. He has published eight books of poetry and three novels in Greece. His books have been translated and published in the United States, Great Britain, Italy and Spain. 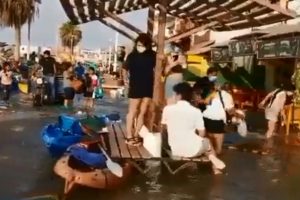 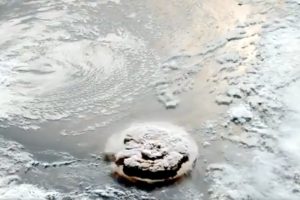 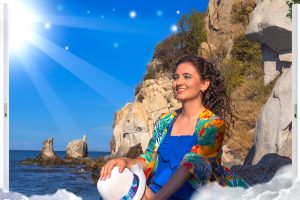 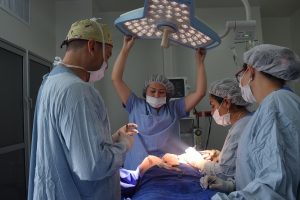