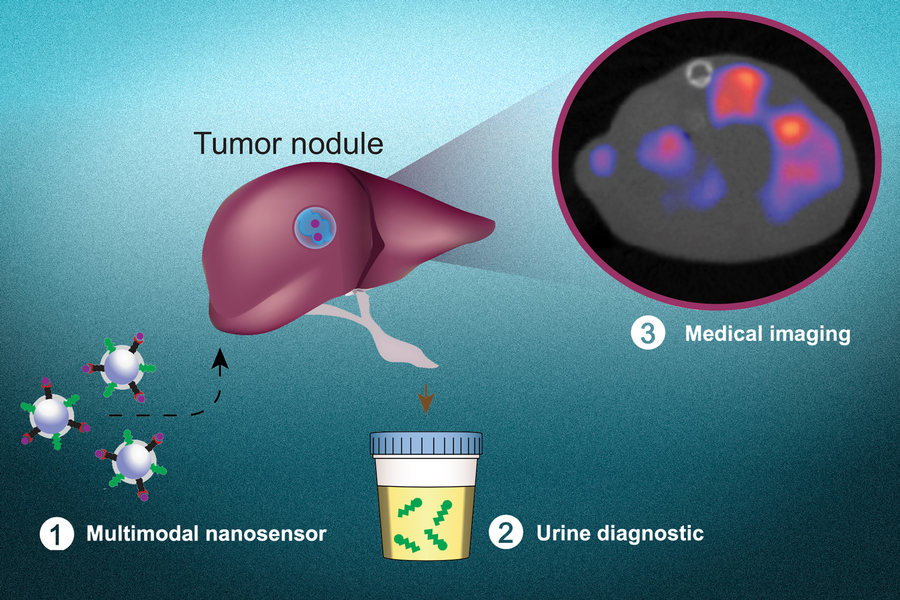 The Massachusetts Institute of Technology developed a new non-invasive technique to detect Cancer using an innovative method and using nanoparticles that adhere to cancer cells that are later analyzed when expelled in the urine.

Researchers at the Massachusetts Institute of Technology (MIT), in the US, have developed a revolutionary non-invasive technique to detect the presence and location of cancer cells. The new methodology, the institution details, combines elements used in molecular chemistry analyzes and imaging tests currently used to diagnose cancer patients.

During the procedure, the scientists use a new radioactive nanoparticle developed by engineers at the Massachusetts Institute of Technology capable of detecting the presence of carcinogenic proteins through a urine analysis. Furthermore, this compound also works as a contrast medium by attaching itself to damaged cells, pinpointing the exact location of tumors.

According to the experts, the nanoparticles currently used in diagnostics generate synthetic biomarkers when they come into contact with proteases, enzymes produced by cancer cells, which makes them easily detectable when excreted in the urine. However, these tests do not reveal the exact location of the tumor, or if it has spread beyond its organ of origin.

This limitation was overcome by adding a radioactive marker called copper-64 to the nanoparticles, as well as a peptide that is attracted to the acidic microenvironments characteristic of cancer cells and inserts itself into their membranes. The contrast medium allows researchers to obtain a clear picture of malignant tumors and to track the progression or regression of the disease.

So far, the revolutionary diagnostic method has shown its effectiveness in detecting metastatic colon cancer in laboratory mice, as well as in evaluating the response of rodents to the chemotherapy treatments to which they were subjected. However, the results obtained are promising and it is expected that the procedure will be adapted for use in humans.

A novel, cheap and easy to use method.

Scientists hope that this novel diagnosis will help patients who do not have the resources to access the expensive imaging tests currently used. “Every year a urinalysis could be done as part of a general checkup. An imaging study would only be done if the urinalysis was positive to find out where the signal is coming from,” said Sangeeta Bhatia, co-author of the research, published this Thursday in Nature.

The Massachusetts Institute of Technology developed a new non-invasive technique to detect Cancer was last modified: August 2nd, 2021 by NotiActualCom