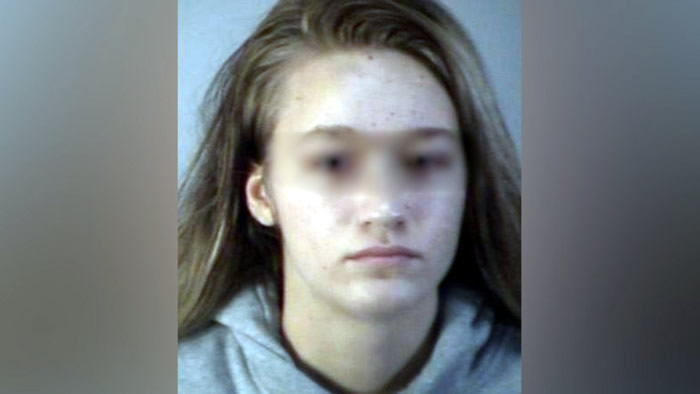 In the State of Florida, a narco-dependent adolescent or drug addict perpetrated the theft of her parents’ credit card, to, according to her plans, pay for their murder.

Identified how Alyssa Hatcher, 17, was arrested Monday in the city of Umatilla (Florida, USA) for incitement to the murder of her parents, the local Sheriff’s Office said.

The teenager stole her parents’ credit card for that purpose and paid a little over $ 1,300 to two people chosen to commit the crime.

A friend and Hatcher’s boyfriend confirmed to the detectives that he planned the murder and told them about it.

The young woman also confessed to the agents that she spent $ 100 in cocaine.

“The suspected minor was taken into custody and taken to the Lake County jail, where she was prosecuted and handed over to the Juvenile Justice Department,” the statement said.

It was learned that the teenager lived with her mother and stepfather, who work as a nurse and police respectively, and both took criminal measures against her.

«The parents filed charges. When it comes to something like that, I can’t imagine the ‘shock’ that I would feel as a father, ”Fred Jones of the Sheriff’s Office told reporters as“ good people ”and“ prominent citizens. ”

The US is known as the country with the highest drug use and where in many states they have “legalized” the use of marijuana, one of the most common drugs, this, experts say, promotes much more consumption and addiction.

In the US: A teenage girl stole her parents’ credit card to pay for her murder was last modified: August 2nd, 2021 by NotiActualCom