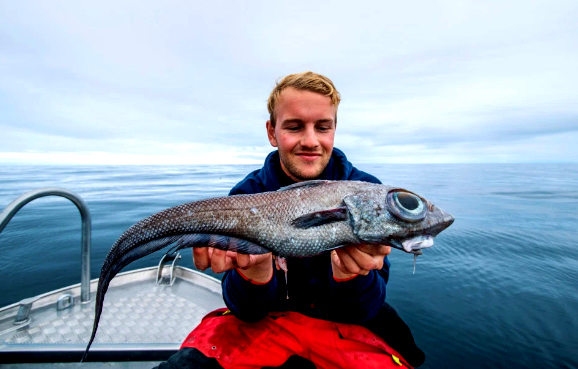 OSLO.- The Norwegian Oscar Lundahl, 19, is a passionate fisherman and fishing guide in the North Sea. He is used to the different marine species that he has seen and captured throughout his young career, but recently he was greatly surprised when he captured a prehistoric-looking specimen.

The strange fish bit Lundahl’s hook when the fisherman was looking for halibut (a species of the Atlantic that can live 2,000 meters deep) on the coast of the Norwegian island of Andoya. The animal he caught, however, was not a halibut, but a strange protruding head fish with huge eyes, small body and a pointed tail. 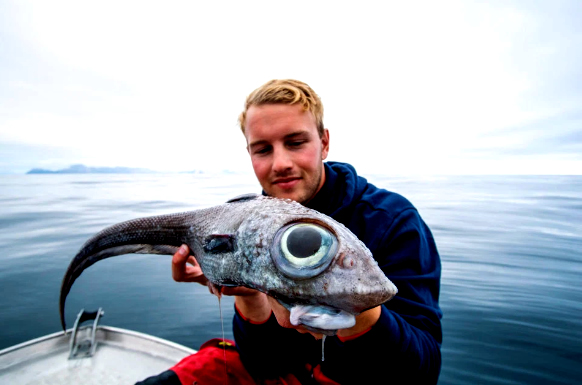 “It took me about 30 minutes to get it out of the water because it was 800 meters deep,” the young man said in an interview. «It was quite surprising. I had never seen anything like this before. It just looked weird, a bit like a dinosaur, ”he described.

One of his companions could identify the fish. It is a chimera, a species related to sharks and that takes its name from the Greek mythological animal with a long tail. His tail has also earned him in English the nickname of ‘ratfish’ (rat fish), for remembering that of these rodents. He lives in the depths and is rarely caught.

Unfortunately, the fish did not resist the change in pressure, and in order not to waste it, the young man took it home and cooked it. “Despite its ugly appearance, it was really tasty,” he said.

He capture a rare and mysterious Prehistoric Fish in Norway was last modified: August 2nd, 2021 by NotiActualCom