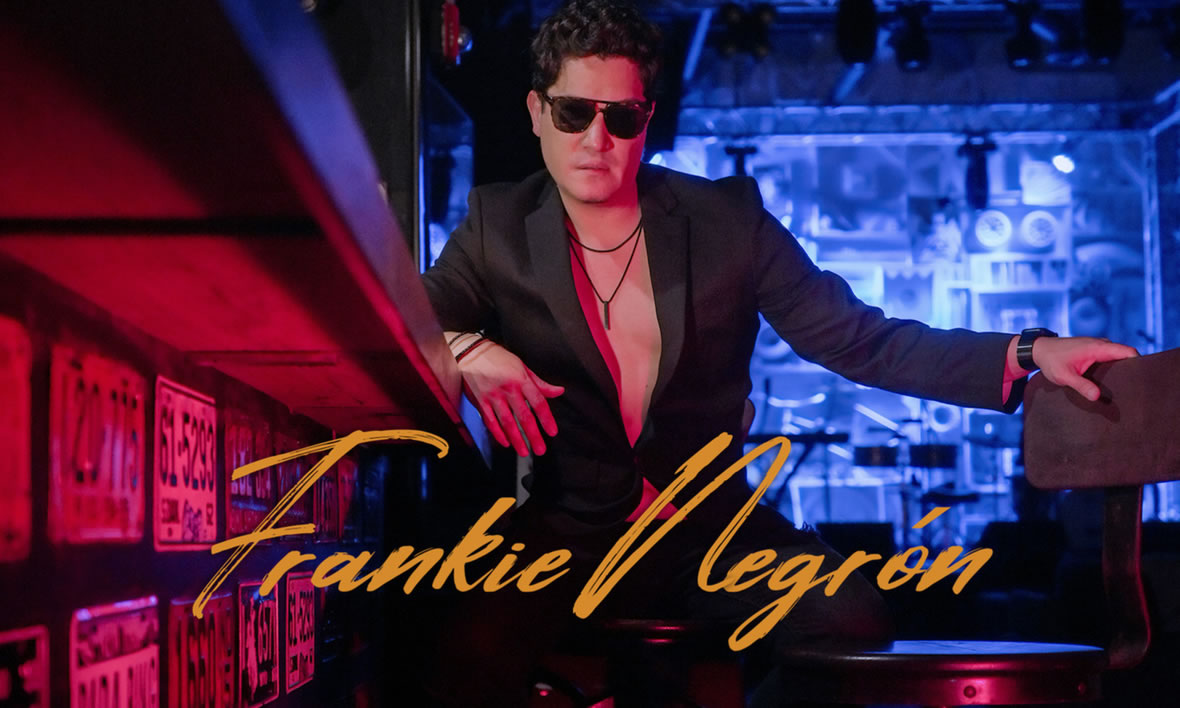 Miami, FL, January 19, 2022.- (@MinayaPR) Salsero Frankie Negrón dazzles the rhythm of salsa with his new single called “Desnúdate” that is already starting to play on tropical stations throughout the Northwest and Southeast of U.S.

This new song has all the hallmarks of Frankie Negrón’s success, combining romantic sensuality with hot salsa instrumentation that seduces you to grab your partner and dance.

The single was composed by Pedro Jesus, Frankie Negrón and Ray Contreras, who also participated in its production.

This catchy salsa will go down as another triumph in Frankie’s illustrious musical legacy that has earned him many awards and accolades in the industry over the years of his career.

About the artist:
Frankie Negrón, is a Latin music superstar, born and raised in Newark, New Jersey, and of Puerto Rican descent.

Since 1997, his distinctive blend of traditional salsa with progressive influences such as pop, rock, gospel, R&B and hip-hop has garnered numerous accolades, including two Lo Nuestro Awards for “Song of the Year” and multiple nominations. to the GRAMMY® and Billboard awards.

Despite the many commitments in his professional life, Frankie Negrón always finds time to return to his community. He is an advocate for the American Diabetes Association and the American Red Cross and uses his passion for health to bring awareness to the Latino community. Frankie is active in both organizations, attending and participating in events and putting on special performances.

He is also a supporter of “Colombianitos”, a Colombia-based organization that improves the quality of life for children through sports, recreation, education and health.

“Giving back is vital to me. I’m lucky to have a career where I share my voice, but that voice can go beyond my music. I get to be a voice for my community,” says Frankie.


In #Miami: Police kill an innocent 8-month-old puppy with 7 shots, “just because he felt like it”