CARACAS, VENEZUELA.- Specialists in the climatological area have indicated that cyclone TWO that was approaching the Venezuelan coasts with an energy intensity of at least 45% as it passed through the islands of Trinidad and Tobago.

According to the @EarthquakeChil1 account today Wednesday at 10am -4GMT indicated the following:

Previously, an approach of this disturbance had been predicted that began to the East of Venezuela, with an East-West direction, as can be seen in the image above.

At this time that we write this note the disturbance is in this phase: 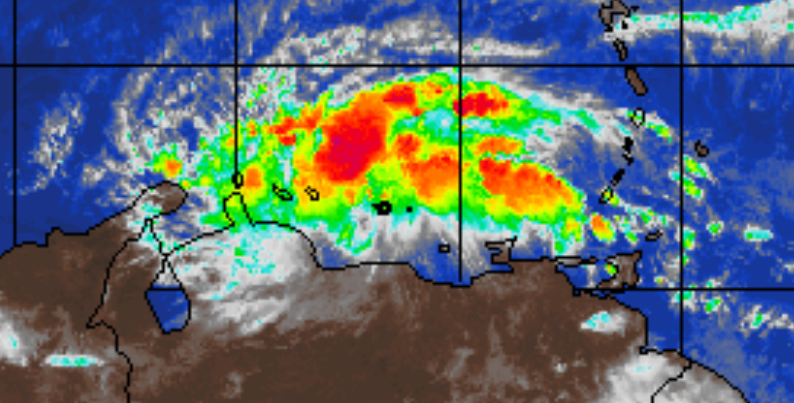 It is important to keep in mind that these disturbances generally “bounce” when they make landfall since they cannot remain as a cyclone or hurricane on the mainland, and depending on the Orography they can continue as a storm as long as the conditions that allow them exist. a tour.

Traditionally, when they occur from East to West along the Venezuelan coasts, storms begin to “bounce” towards the Caribbean Sea after passing through Trinidad and Tobago, since, as previously indicated, they lose strength as they pass overland and “seek” to move. where they can “feed”.

As it continued to travel from East to West, and ran into Margarita Island, in this case, Cyclone TWO continued to lose strength, then it was in an almost straight direction and passed through Tortuga Island, reaching the Dutch Antilles, commonly and according to the intensity of the disturbance these “bounce” when they reach the western area of ​​Falcón State, as we can see in the graph.

Cyclone DOS weakens as it passes through the Venezuelan coast and “bounces” towards the Caribbean Sea was last modified: June 29th, 2022 by NotiActualCom