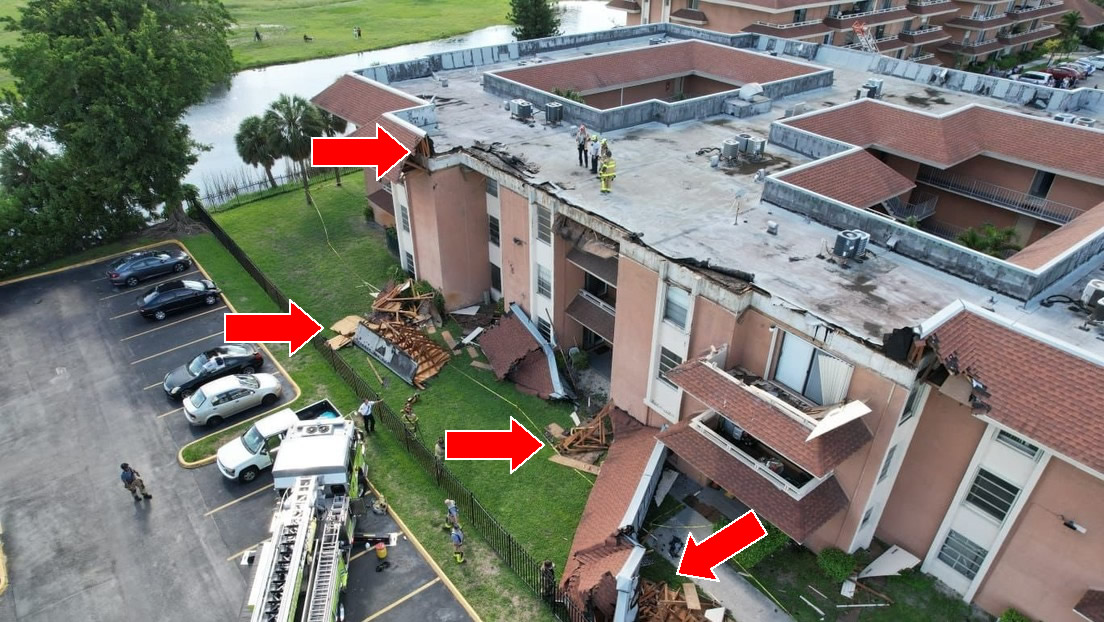 Another building collapse in Miami, but this time it does not leave victims, has occurred in the last hours, the impressive thing about this case is that the roof that has fallen was made of wood being that it is a multi-story apartment building has remained uncovered that the ceiling was made of wood.

Firefighters are conducting evacuations after the roof of a three-story apartment building partially collapsed in northwest Miami-Dade County.

Members of the Miami-Dade Fire Department arrived at the scene to assess the damage. So far no injuries have been reported.

All this occurs while the causes of the collapse of the building in SurfSide have not been officially explained, although experts in Civil Engineering have affirmed that in addition to that the building was poorly designed, to which no beams were added, it was subjected to a load much higher than the one that would support that bad design, so far 96 victims of that badly designed building have been reported.

Cardboard houses? The roof of a building in Miami falls and It is discovered that it was made of wood was last modified: August 2nd, 2021 by NotiActualCom

The US expands sponsorship quotas to emigrate legally from Venezuela, Cuba, Nicaragua and Haiti


This is the real reason for Sylvester Stallone’s divorce after 25 years of marriage.