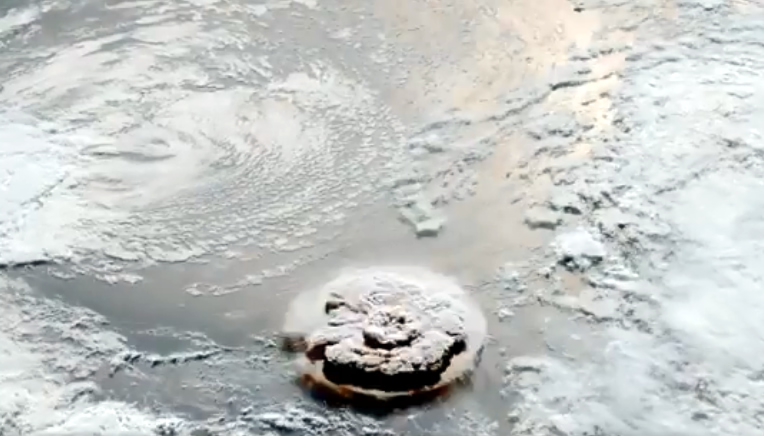 Tsunami worldwide alert caused by violent volcanic eruption in Tonga with the power of thousands of atomic bombs this powerful volcano has caused alerts on all ocean coasts.

The eruption of the Hunga-Tonga-Hunga-Ha’apai volcano in the Tonga archipelago erupted on Friday, sending ash, steam and gas 20 kilometers into the air. The disaster was captured by several satellites from space.

“The Hunga-Tonga volcano in Tonga has just had one of the most violent volcanic eruptions ever captured by satellite,” the US Stormwatch Twitter account, dedicated to meteorology, commented on one of the videos.

The violent eruption a few hours ago of the Hunga Tonga-Hunga Haʻapai volcano captured by satellites GOES-West and Himawari-8. pic.twitter.com/PzV5v9apF6