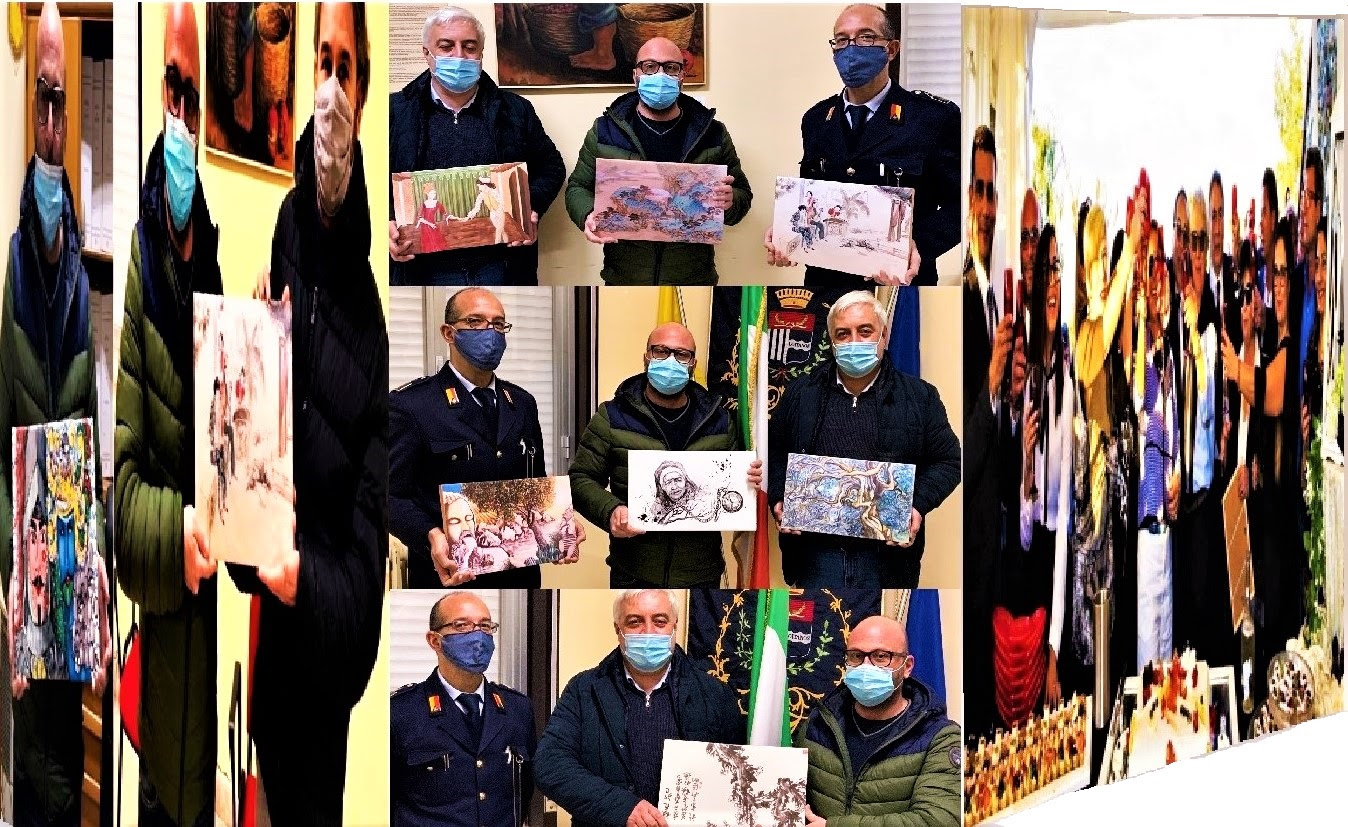 From Sicily to China. The gift of immortality to 60 artists from all over the world.

“Merì (Sicily) – Timeless Immortal Art”, the revolution of the small town that becomes an eternal open-air museum, giving immortality to 60 artists from all the nations of the world. A message for the future that fascinates all countries of the world.

A one-of-a-kind project is about to change the way of conceiving art within an urban context, it will be initiated from Sicily with the contribution of China, with the purpose of enhancing beauty. The project primarily involves the installation of terracotta tiles, painted by 60 artists   in the small village of Merì (Me). There will no longer be plaques on the walls indicating the streets and squares of the city, but sixty art works that will transform it into an external open-air museum. Each artist will become the testimonial of a street in the city and will have the gift of immortality because his name will recall a street or a square. A strong positive energy field made of pure art, from Sicily to China and soon in other countries of the world. Through a multi-cultural approach, cities will be given not only a new aspect, relaunching it territorial image on an aesthetic level, but a different breath from a cultural point of view, with economic and social implications and with attention to environmental aspects.

An open-air museum but also a real urban regeneration through art – a model of cultural rebirth -thanks to a redevelopment project that can count on Pleiades of international artists”. With the donation of the artists works made on terracotta tiles, the city will decorate streets and squares creating a cultural path, a timeless exhibition, which will ensure that the artist’s name and work are preserved and exhibited forever in the streets and squares of the city, the epicentre of micro monuments dedicated to artists.

Sixty international artists for a revolutionary artistic project destined to relaunch the small town of Merì as the “capital” of art. A project that will also be carried out in China with the same group of artists: a patrol that has become an army, which armed with paintbrushes will make the “dream” of the administrators of these cities a reality and for the public a new breath of air. The Mayor Filippo Bonansinga, the councilor for culture Carmelo Arcoraci, supported by the Patronage of the Sicilian Region – Department of Cultural Heritage and Sicilian Identity, together with the painter Lorenzo Chinnici and his son Francesco Chinnici act as a  trait d’union with the artists of all the world and also Emma XingYi Wang partner for the Chinese project.

Similar of Meri project will happened in China, with the same group of artists. Sino-Italy Ningbo Ecological Park, together with Sino-Italy Tus-Investment (Zhejiang) Co. Ltd., Huangshan City, TsungDao Lee Center of Sciences and Arts of the University of Chinese Academy of Sciences are among the first group of organizations that have strong interests to host this project. Thanks to the intermediation of Emma XingYi Wang, the president of G&Y Cultural Exchange Association from Shanghai and Florence.
In Kiev they are preparing to host this project integrated with Cultural Projects for the City.

Chebolle (Lake Maggiore – Lake Como – Lake Garda) for the next international Wine Culture vernissages, will present this project in collaboration with the Il Mondo in un Bicchiere emblematic of the soul of Sicilian wines. For the occasion, GEИTILE Exclusive Jewelry Dubai is creating tiles with moon and Mars stones, a symbol of immortality, to be donated to the host countries of the project. La Fauci’s Sicilian terracotta tiles, used to immortalize the works of artists. The fashion art designer Gisella Scibona will dedicate a line of 60 personalized dresses, referring to the individual works of the artists.

The project is evolving and taking expansion on a daily bases as other countries and towns are interested to take part of this Art revolution.

SUSO33’s urban layout takes over the Odalys gallery in Madrid