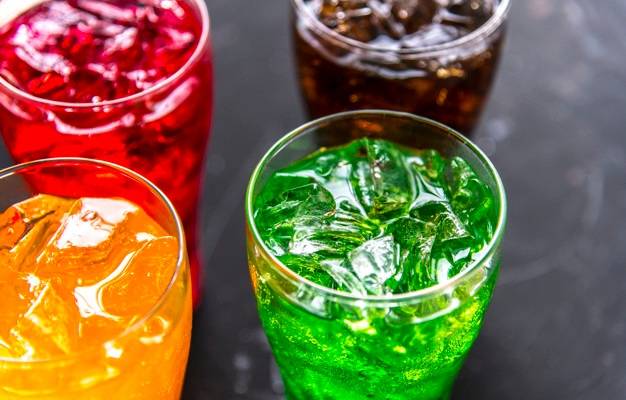 Regularly drinking too many sugary drinks, that is, something more than a glass of soda or fruit juice a day, could favor the onset of cancer, suggests a large study published Thursday.

The consumption of sugary drinks increased worldwide in recent decades, and was related to an increased risk of obesity, recognized in turn as an important risk factor for cancer.

Researchers from France wanted to evaluate the association, to date less studied, between sugary drinks and cancer risk.

“We found that an increase in the consumption of sugary drinks was positively associated with the overall risk of cancer and breast cancer,” the study authors, published in The British Medical Journal (BMJ), indicate.

A simple “increase of 100 ml per day on average in the consumption of sugary drinks, which corresponds to a glass or almost a third of a standard can (33 cl), is associated with an 18% increase in the risk of cancer », Says Mathilde Touvier, director of the research team in nutritional epidemiology Eren (Inserm / Cnam, Paris).

The increase is 22% for breast cancer.

The risk is similar for alcoholic beverages or for fruit juices without added sugars. These two types of drinks are associated with a higher risk of cancer in general, according to the study.

The results suggest a 30% increase in the diagnosis of “all cancers” in the group that consumes more sugary drinks compared to the one that consumes less.

However, the study does not allow to demonstrate a cause-effect relationship, although it does show a “significant association”, the researcher explains to the AFP. The factors (age, lifestyle, physical activity, tobacco …) that could influence the results were also taken into account.

“It is sugar that seems to play the leading role in this association with cancer,” which does not seem to be explained solely by the fact that the participants in the study gained weight.

In contrast, the study found no link between the consumption of artificially sweetened beverages (with sweeteners) and the risk of cancer, according to the authors.

But the statistical power of the analysis on this point is surely limited, since the consumption of this type of drinks among the population studied is relatively weak.

In other words, the fact that no link was found in the study does not necessarily mean that there is no risk, explains the scientist.

“Sweeteners do not represent an alternative and are not clearly recommended in the long term,” Touvier adds.

So it is better to «lower sugar. The recommendation in France is less than one [glass] of fruit juice a day », for example, remember.

A sugary drink contains at least 5% sugar, so 100 ml of pure orange juice without added sugars would have about 10 grams of sugar (about two lumps, approximately) and a much more nectar, he says.

The researchers questioned more than 100,000 adults participating in the French NutriNet-Santé study, who were 42 years old on average and were 79% women.

The participants, who were followed up for nine years (2009-2018), filled in at least two online questionnaires about their diet and their daily consumption of sugary drinks (including those of the 100% fruit juice type) or artificially sugary.

While the study was conducted, 2,193 cases of cancer were detected in people with a mean of 59 years.

For the authors, the results “confirm that nutritional recommendations to limit the consumption of sugary drinks, including 100% fruit juice, as well as political measures” such as commercial rates and restrictions, “are relevant.”